April and Jordan's Wedding: Lilacs in the Snow 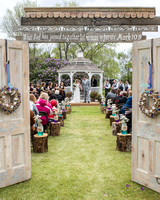 Lilacs in the Snow

When I got the message asking me to photograph a wedding in Ellendale, ND, I had to stop and think, ‘Where on earth is that?’  What makes that so unusual is that I spent my whole life in North Dakota, including four years of traveling the state with FFA competitions to numerous small communities.  I thought I knew where every little town was!

Now, I knew I had heard of Ellendale, but it turns out I had never been there. I was immediately intrigued. I love seeing new places, even in my home state. On top of that, the reception would be in nearby South Dakota. Even MORE new territory to explore!

A few months and a short three-hour drive later, I had discovered Ellendale. What’s more, I had reached what was probably one of the prettiest wedding venues I could imagine finding in the good ol’ Flickertail state and it happened to be in the bride’s parents’ backyard.

Despite a blustery wind, overcast skies and a chilling air temperature of forty degrees, I was immediately in love with the fresh green lawn bordered by a wall of old-fashioned lilacs. (The flower I chose for my own wedding six years ago!) There in the middle of the small paradise was a beautiful white gazebo and one of the prettiest wedding sets I have ever worked in. Add to that a gorgeous bride, her smiling groom, and a wedding party ready to brave the elements, and we had a surprisingly wonderful (if not hasty) day out in the cold. Oh, and did I mention, it was May 13th and it actually snowed?! Well it did, and more than once! 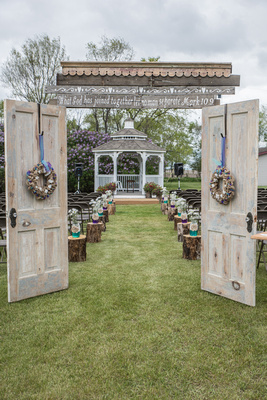 Fortunately the bridal party was able to get ready on site at the bride's  parents' house, saving them one less trip out into the wind. 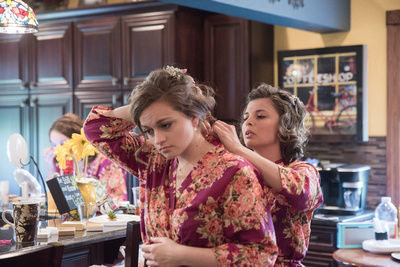 Getting ReadyFortunately the bridal party was able to get ready right on site at the bride's house, saving them one less trip out into the wind.

Once dressed, it was out into the cold. 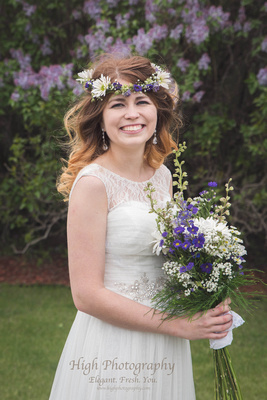 Always the ones who have the least weather-worthy clothes at a wedding, the bridesmaids were game though. 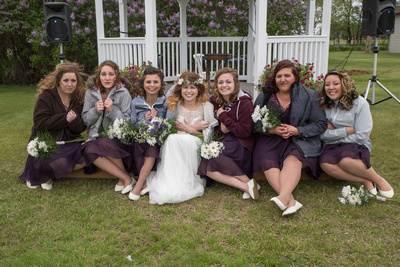 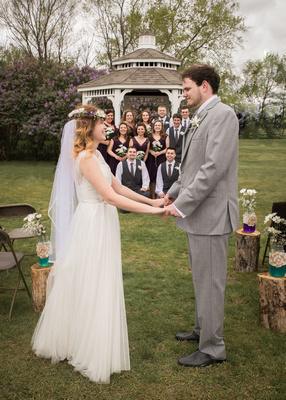 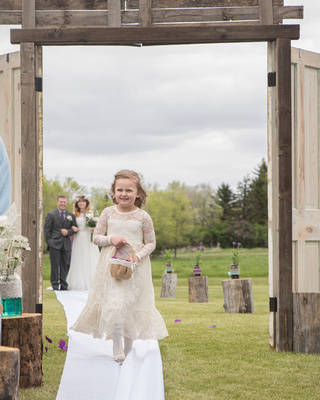 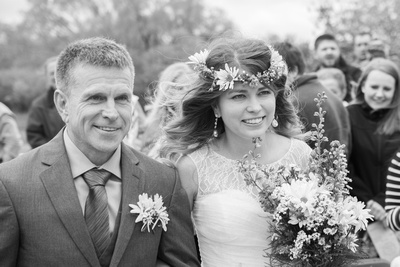 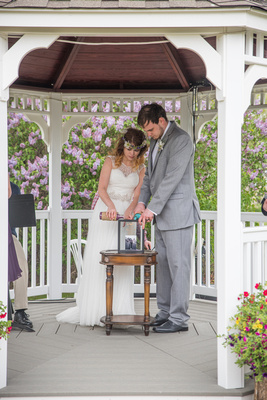 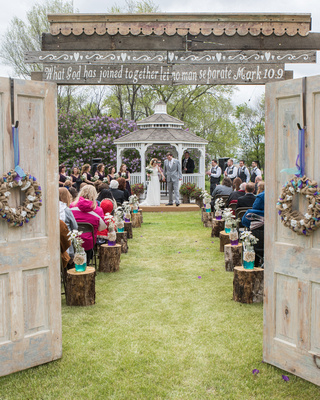 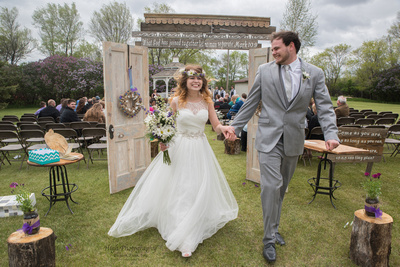 Still, everyone was excited to get indoors and have a fun night at the Dakota Event Center in Aberdeen, SD. 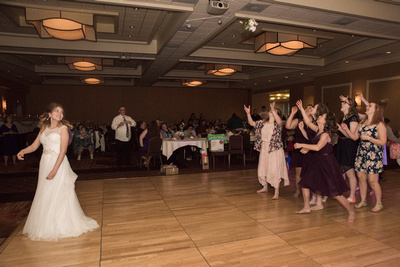